Sometimes, while submitting feedback, users can see a list of other submissions with similar words as they type the feedback title. But despite this, there are duplicate posts submitted in an organisation.So, to overcome this, Hellonext has the option to merge feedback of the same context! Now, you can merge one idea into another or multiple views to one!Let’s see,How to merge postsLog in to your Hellonext accountAdmins can find the “Merge option” under each post.Open the (child) post that you want to be merged with another similar (parent) post.Note: The original post is known as “child post,” and the post you’re merging with the original post is “parent post.”

After clicking the merge option, you would now be asked to search for the same context post (parent) you want to merge.

Please search for the post (parent) with the same context here; it will show you suggestions once you start typing similar content.

Select the parent post that you need to merge with this child post; you can see the two posts' preview before merging. 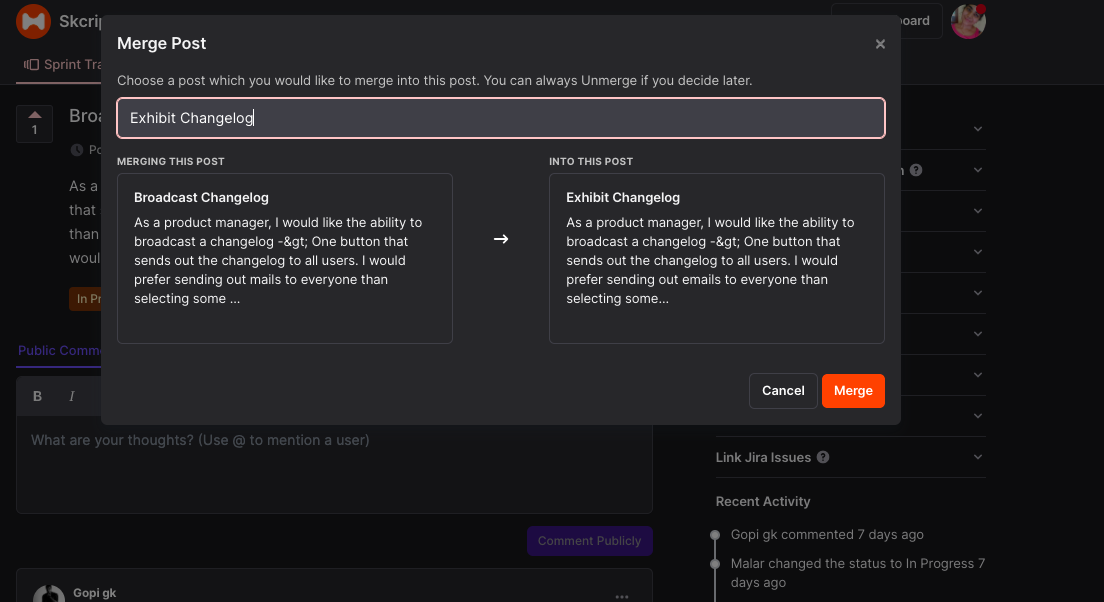 Check it once and merge two posts.

Give continue to merge two posts. 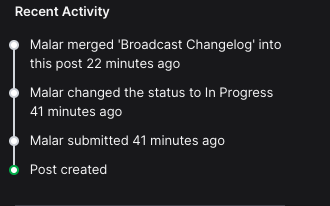 What happens when you merge the postAfter merging two posts, you might be wondering about the comments and upvotes of each post. Don’t worry; we also combine votes and comments!All comments and votes of the child post will be combined with the parent post.Votes by the same user are counted as one vote, and the comments are listed together.You can always unmerge a post if you decide later.How to unmerge a postYou can find a unmerge option under your merged post.

If you unmerge a post, it will separate both the posts as two different posts back then before merging.

Give continue to unmerge the posts.